（Director of the Lieu Unique, the national center for contemporary art in France） 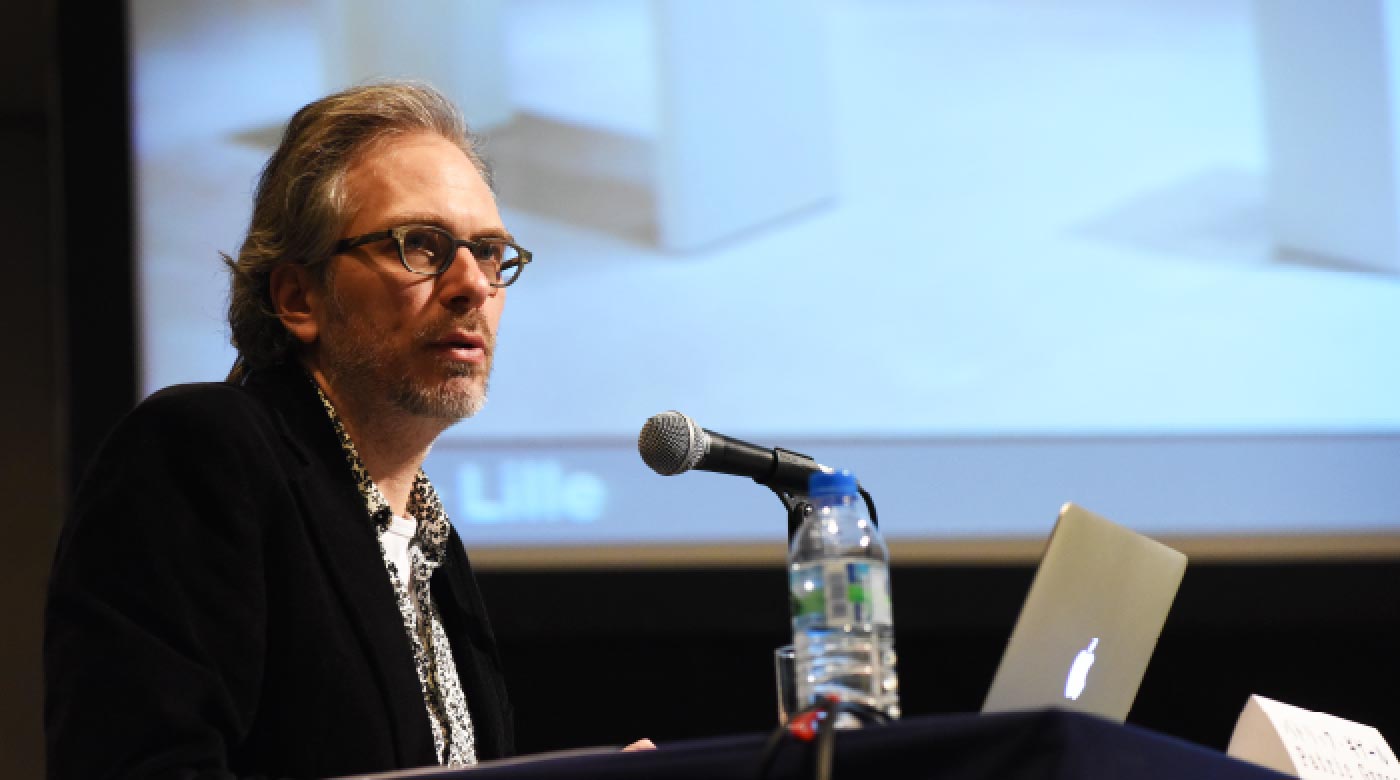 This text is a summary of a presentation given by Patrick Gyger at the Art Brut International Forum 2017 (February 11, 2017 at Biwako Otsu Prince Hotel). The professional titles mentioned are those at the time of the presentation.

The City of Nantes and the Lieu Unique

Let me introduce my connection with Japan. I was a student of Michel Thevoz. Michel Thevoz was the first president of the Collection de l’Art Brut in Lausanne, and I studied under him. In 2007, as an art director, I introduced Japanese art brut in the exhibition Outsider Art Photograph Exhibition: Photographs of Outsider Art by Photographers from the East and West at the Borderless Art Museum NO-MA. This was NO-MA’s first exhibition in collaboration with a foreign country.

My hometown, Nantes, is located in the western part of France. Until the early 1980s, it was a city of shipbuilding, food products, and industry, but its industrial activities declined thereafter. In the 1990s, the city attempted to revitalize itself with cultural projects, such as Royal de Luxe, an event in which giant dolls were made to the size of the city and paraded through the streets for several days. In addition, La Folle Journée, the world’s largest classical music festival, which is also celebrated in Shiga Prefecture, has been held in Nantes for the past 20 years.

There was a large cookie factory in the center of Nantes. It was such a big industry that you could smell cookies being baked as you entered the city. The Lieu Unique was built on the site of that factory. It is a place with a theater for music and performing arts. The center also holds exhibitions and fairs and has restaurants and bookstores. It is open from morning until late at night, sometimes as late as 3 or 4 am. You can see a play and have a meal or a drink at the bar any time of the year. There is also a kindergarten, a day care center, and a bathhouse called hammam. It is like a town inside another town. You can spend a whole day there without going outside. The various projects organized at the Lieu Unique are intended to offer a different view of the world through art. We also invite writers to discuss social and political issues, as well as literature and LGBT matters.

The definition of Art Brut

I think Nantes is interested in art brut because it makes us question its definition within art. It is not easy to define art brut, but it seems to refer to not being influenced by external cultural norms. Currently, art brut has been expanding in connection with contemporary and modern art. The museum LaM in Lille exhibits art brut works with modern art. The Halle Saint-Pierre in Paris also includes pop art in their art brut exhibition, but at the Lieu Unique, we try to avoid such definitional issues. We want to include as many artists as possible. What we focus on is not disability or marginalization, but rather different ways of thinking.

When Jean Dubuffet founded art brut, he defined it as not referring to a profession or professional work. As he named his own collection "Art Brut,” the first definition of the term was that it should not be used for anything other than his collection, but it is currently used in a much broader sense. What matters is that it is not self-taught art, but work created by people who live in a completely different inner world. This does not mean that they are abnormal, but that they live in a different world, just like poets do, for example. Another important aspect is the idea that each artist materializes their own personal mythology. They create a better world for themselves, not for everyone else. For example, an artist involved in environmental art said, “When I create something, I create myself.” This suggests that the work is a mirror that shows a reflection of the artist. Therefore, it is not only about creating, but also about collecting something.

What is remarkable about art brut artists is that, unlike non-artists, they take immediate action. Jean Dubuffet calls them “doers,” and indeed they act at all costs. I believe this is what characterizes the creators of art brut. I have been engaged in art brut activities in Japan for ten years. During this period, the works of Japanese artists were exhibited in Lausanne, Amsterdam, London, Lagerhaus in Switzerland, and the Venice Biennale. This indicates that art brut in Japan is part of the international art circuit. A prefectural museum in Shiga is also planning to create an exhibition space dedicated to art brut by 2020, which I think is a wonderful idea. In 2011, I served as the general director of the 10th Music Festival of the Kazuo Itoga Memorial Prize in Shiga Prefecture, and it was at that time that the idea for this festival emerged. There are plans to invite performers from Japan for the festival. The Zuiho Taiko group from Nagasaki City will be collaborating with a musician from Nantes named Will Guthrie. Iwami Kagura (a ceremonial dance) of Shimane Prefecture will also perform. These traditional performing arts are not well known in France. In addition, the Konan Dance Company, a dance company for people with disabilities in Shiga Prefecture, will participate. Last year, Claude Brumachon, a famous choreographer in France based in Nantes, created a choreography with the company. Those pieces of work will be performed at the festival.

This festival was titled KOMOREBI, a Japanese word that means “sunlight shining through the trees.” There is no French or English equivalent for this term, but we thought it was a very intelligent concept. It is time to stop pursuing perfection because real light shines through cracks or holes. We chose this title because we believe that people with these “gaps” allow light to pass through and thus can see things clearly.

The title of the festival is KOMOREBI, but the event is divided it into four sections based on different themes. The first is pop culture. In particular, I have heard that many Japanese outsider artists belong to pop culture. These are people who create various objects based on anime, manga, and movies. The second theme is the city. The third theme is the world reconsidered on the basis of personal rules, which are ordered, classified, or tabulated. It appears enigmatic to us, but at the same time it is poetic. This section exhibits very beautiful and impactful pieces of graphism. They are extremely subjective but easily accepted. The fourth and final theme is the inner, intimate scene. This section presents works proposing a new kind of intimacy. These are more explicit and raw works, such as those by Marie Suzuki, which are well known especially in Japan. We are also planning to exhibit some recently discovered works in the four themes. I would like to take you on a journey through this exhibition. Each of the exhibited works reflects unique characteristics of its creator and offers us new and different ways of thinking. I hope this event will give you an opportunity to reconsider not only art brut, but also the boundaries of art in general. We look forward to seeing you all in Nantes this October. 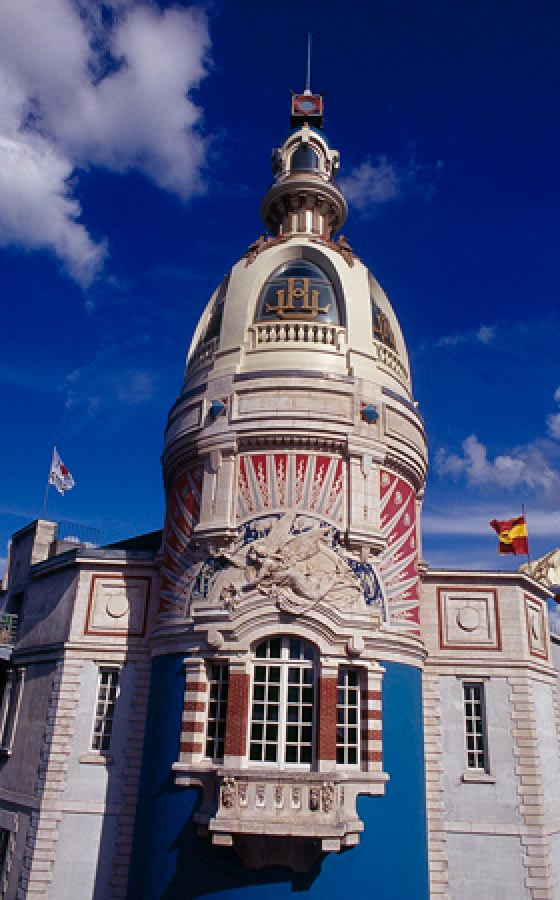 Building of the Lieu Unique