My Personal Feelings Toward Me or Myself 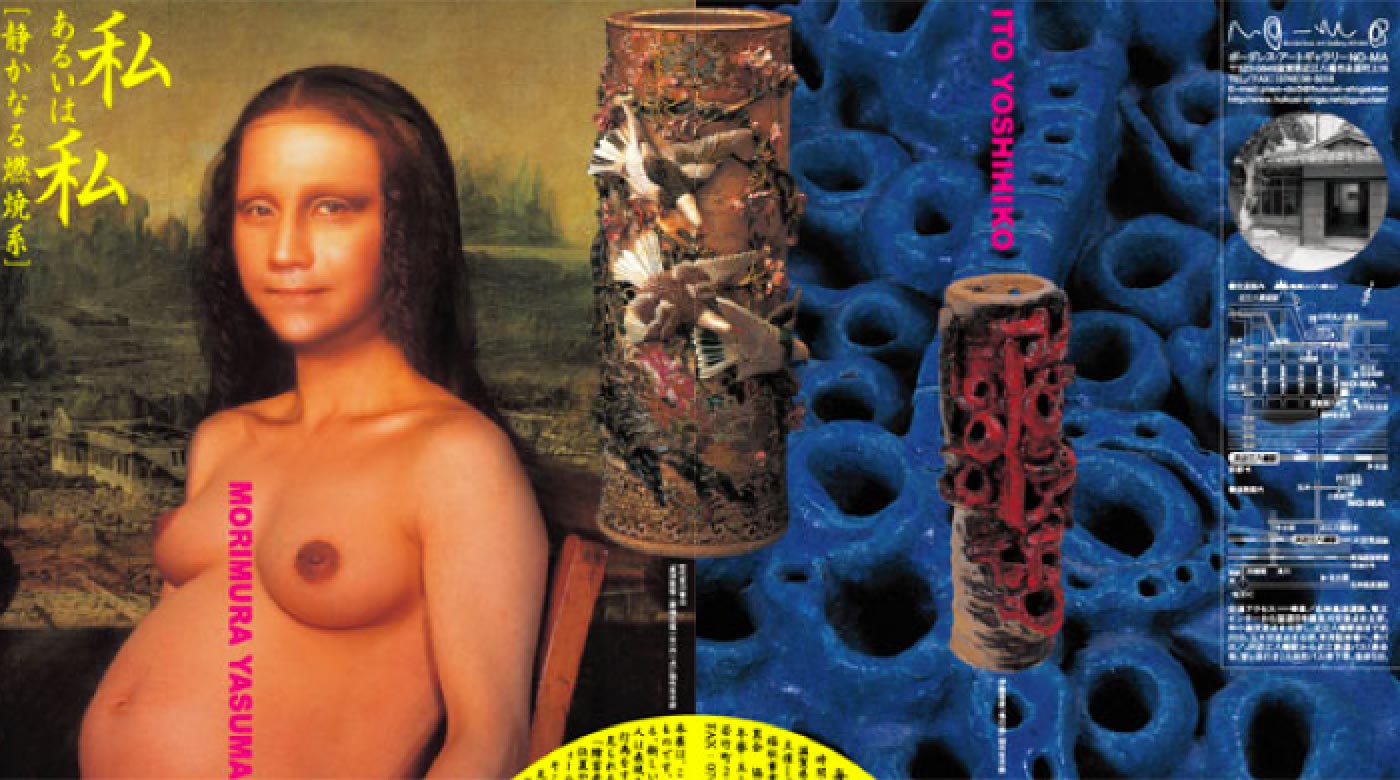 This text is excerpted from the catalog of the NO-MA inaugural exhibition titled Me or Myself: The Quiet Combustion System held in 2004. The professional titles mentioned are those during writing.

As one of the leaders who got various people involved in proposing a direction called “borderless art gallery,” almost a neologism, I feel it is my responsibility to explain a little about its background.

For the past fourteen years, I have been engaged in activities primarily related to the artistic expression of people with intellectual disabilities. I initially focused on determining what created their expressions, which I was so fascinated by, different from that of ordinary artists. However, commonly used descriptors such as purity, strength, and creativity are in no way unique to people with disabilities. The more I thought about their differences, the more I realized that they were not different enough to be considered special. At that point, I experienced something interesting.

Their artistic expression is based on empty-handed, self-contained ideas free of the influence of existing art education and is tolerated as a “disability” sometimes involving distorted perceptions and uncontrollable excesses, with the conviction that is their “only way” of expression. By facing them directly, I discovered a new route of appreciation (a way of encountering art) that I never observed in the work of ordinary artists.

In other words, the further the artist’s coordinates are and the more adamant the artist is, or to put it another way, the more out of bounds their expression is, the more excited I feel deep within. It was not some sort of cross-cultural understanding, like seeing an alien, but a deep feeling of trust resonating with the fact that I was a human being just like the artist.

I felt that the pleasures of human expression are truly diverse, and this even encouraged me to keep going in my own life. This must be the power of art.

Then I realized that the border had begun to fade away in my mind like a light spring haze. This was followed by the arrival of summer. I chose “Me/Myself” as the theme for the midsummer inaugural exhibition of this gallery. The terms “disabled person” and “artist” are certainly different in terms of their place in our society and the systems to which they belong.

However, if we go beyond this division and perceive both as “people who express themselves,” we will see that they have something in common. Interestingly enough, the various pleasures of human life, which are the key to enjoying art, become quite clearly visible in this way.

For this exhibition, I have selected artists and their works expressing curiosity and inquisitiveness toward the world they are obsessed with, without being bound by anything.

Each “Me/Myself” is a human being capable of facing the world only in a certain way. What motivates each individual to express themselves? What underlies their overflowing creativity?

Despite the exciting development of brain science, almost nothing essential seems to have been revealed on the secrets of the creative process. However, one certain aspect is the profound involvement of the brain’s emotional mechanisms in creativity. Relationships with others are certainly a crucial factor in the functioning of the emotional system. I have read that “for a child, an event that is not seen by someone else is as if it never happened,” and I believe that being cognizant of our relationship with others, or “the world” in a broader sense, is essential to confirm our existence. Therefore, whether we are aware of it, the act of creation for human beings is somehow filled with hope for communication.

Some works of art in the world are clearly aimed at interactive communication with the audience. By contrast, some works seem to reject empathy from anyone, choosing to bury themselves alone in a hyper-private world. In other words, the expression of autistic people is the inevitable act of those who can only live in a private world. However, the “I/Myself” that exists in this world weighs more than anything else and, at the same time, is more unstable and uncertain than anything else. This applies regardless of the presence or absence of disabilities. In other words, the expression that is conscious of the outside and that seems to be directed only inward actually have the same vector. The lonely gasp and the dizzying euphoria are all directed toward the desire for communication to connect the self with the world. Our expression is always waiting for the encounter with “someone” who will project themselves onto it. I cannot help but think so. The power of art moves in such a way that the internal combustion system of each audience member starts operating. I have planned this exhibition in the hope of creating such effects.

Source: Me or Myself: The Quiet Combustion System (published in 2004)